Power in the Company of Nine

Home/druid, druidry, Lord of the Rings, pagan, shamanism, spirituality, wicca, witchcraft/Power in the Company of Nine
Previous Next

Power in the Company of Nine 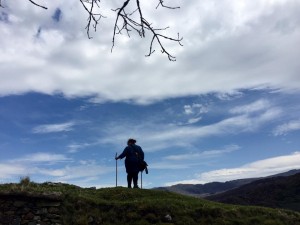 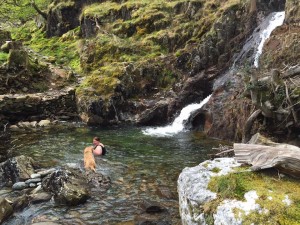 I was reminded of Tolkien again this week as I am in North Wales.  It is a land of mountains and stunning beauty that always reminds me a bit of the landscapes and energy of  that most enduring of magical stories The Lord of the Rings. Yesterday it struck me most particularly that, as a scholar of British myth and legends, Tolkien would have been completely familiar with the magical concepts of the power in the number nine. The fact that he created a ‘Company of Nine’ who set together out and supported eachother through incredible journeys cannot be a coincidence. Yesterday my own incredible journey was undertaken in a company of nine and I in truth without their support and encouragement I am not sure I would ever have achieved the completion of it.

As the first proper day of our working holiday in Wales, it was decided Damh and I would climb Dinas Emrys with some good friends. We were not entirely sure how many of us there would be or in fact who would be coming with us, so we were delighted when the group assembled and was made up of close friends and new people, we added up to nine…..dun, dun, daaa! Well maybe eleven if you count the two dogs Rowan and Oscar, but that’s still a magical number.

This was a big thing for me and I was not entirely sure I would be able to make the hike to the top as my fitness is, to say the least, wanting. But off we set, in good humour and all of us enthralled by the sunshine and beautiful surroundings, though my mind was quickly thrown into doubts and worry as we hit the first slopes as my lungs and heart fought for oxygen and the black spots swam before my eyes. The ‘company’ walked slowly, waited, gently encouraged and joked me up the inclines as I struggled with my fears and my body’s inefficiency, with their help and with Oscar dashing back every so often to see how I was doing by shoving his puffing and slobbery gob in mine,  I got to my favourite place, a tumbling waterfall and pool that holds so many good memories. I had decided to let everyone go on and just spend my time in this amazing space, the ‘company’ were having none of that kind of defeatest attitude, “It’s all flat from here till we get to the woods” Kris Hughes said, “Yes” echoed Wendy, “just get to the stile and you can stop there, or make your way back here to the falls, if you want”. That sounded reasonable to me so on I went, we got to the stile, after another break for everyone to sit and admire the scenery and more importantly to allow me to catch my breath again, and again I was looking at the hill in front of me thinking I can’t do this, it looks so high.

Kris said “It’s pretty flat through the woods really and it is so magical, I just love it, it’s just through that metal gate”, Wendy said “It is and it is only the last bit that’s a bit of a scramble” she looked at me pointedly. I looked at the hill and tried to remember the last time I climbed it, all of ten years ago, I couldn’t remember how much of a scramble it was, but I had come so far how could I not see this through to the end? I took up my sticks and started off with everyone once more. The woods were magical and, even though I had only been here that one time many years before, they were so familiar. The trees and rocks all covered with lichens and moss made for a distinctly Lothlorien feel to the place, I half expected Galadriel to come gliding through one of the wooded portals that grew up along the stoney path leading us ever onward and upward. I was breathless, but this time it was with wonder and joy and not just from my unfit lungs.

All the time the air was full of gentle humour, groans of sympathy as other bodies felt the strain of the hike and subtle encouragement to all, throughout the company. It is a powerful feeling to be part of a group that had nothing but tenderness and care for each other, we scrambled up the last rocks laughing at the undignified attitudes we had to adopt to make it, but make it we all did to the cheers of the company and the feeling was incredible as we looked back down at the journey we had taken.

On top of Dinas Emrys there are the remains of ancient buildings and the lives lived there; Vortegen’s tower, it is said to be, the one that was shaken to the roots by the red and white dragons, as envisioned by the young Merlin.  From the sumit I surveryed the landscape of mountainous hills, rocks and moss out of which grow the twisted and gnarly dwarf trees. Far below in the valley the lake sparkled in the sunlight; such stunning scenery can only enrich the soul and make you forget the slightly tortured ascent. We sat in the tower foundations and ate our picnic lunch, whilst Oscar tried with some success to steal things he is never normally allowed, such as fruit cake! An offering was made to Merlin and the Dragons and we soaked up the power of the place.

The descent was faster but just as magical, I was able to take photos and enjoy the pace a little more. When we arrived back at the waterfall I had the overwhelming need to immerse myself in the water, just as I did ten years before when I had rededicated myself to my spiritual path. At that time I was also in an emotional place, a time of big transitions, and I find myself at that point again, though for different reasons. So, in no small way, to round off this ten year long journey I stripped off my boots, leggings and dress and made my way, gingerly, across the slippery rocks and bits of tree that lined the edges of the pool, all of this much to the amusement of the company and bemusement of Oscar the dog. It was fabulous to slide into that water and not in the least as cold as I had expected. The green and gold water closed around me baptizing me and cleansing away the fears and pains of the intervening ten years. The company laughted and cheered and somewhat embarissingly took photos!

The whole journey was rounded off in the village of Beddgelert with a meal at the pub and more laughter. The company disbanded, going on their seperate ways with many a hug and just a little sadness, as it is hard to leave that feeling of unconditional love and support that is so rare in this modern life. But we know that it will not be long until we are all together again for more epic shenanigans. Thank you to the company of nine and that magical journey, the memories will stay with me and whenever I think I might not be able to do something, I will bring this journey to mind and draw on its energy to remind me, there is nothing I cannot do.